You are here: Home / About Us

To talk about the history of Superior Cleaners and Tailors, you must first become familiar with the founder of the company, Anthony Magliocco. 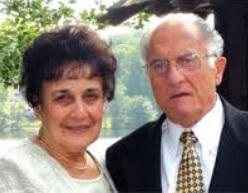 Anthony Magliocco, born in 1934 in a small town in southern Italy, turned down the security of going to college in his own country, for the opportunity and adventure of coming to America. As like other immigrants during that time, he came to America with nothing but a hope and a dream. He wanted the opportunity to work in America using the tailoring skills he learned in Italy.

Anthony, was only 15 years old when he came to America and did not speak a word of English. He left his family behind in Italy and moved in with his Aunt and Uncle who lived in Connecticut. The rest is history. Anthony married his wife Rita in 1958, and went into the dry cleaning and tailoring business with his wife in 1959.

Frank, the oldest of Anthony and Rita’s five children grew up in the business as a child working with his dad. He learned the business from top to bottom at an early age. Frank graduated from the University of San Diego and worked in Corporate America for a few years before he decided to take over his fathers business. Frank and his father had two stores together, located in Danbury and Newtown before he took over the company.

Frank eventually took over the business in 1990. He has taken the two stores he had with his father and has expanded to 7 retail stores located in Danbury, New Fairfield, Newtown and Southbury. In 2001, he started a home and corporate pick-up and delivery service, which covers Fairfield, Westchester and Putnam Counties.

Frank and his wife Patricia have three children, Anthony, Rita and Linda. The whole family is active and part of the business in some way.

The secret to what has made Superior Cleaners and Tailors a growing and successful business is the Magliocco family’s passion, drive and determination to do the best they possibly can at what ever they take on in life. We also do our best to hire employees that have this same philosophy in mind. We realize that the people who come to work with us are very important, as you are only as good as the people who make up the business. We believe you get what you put into something and there is no substitute for good old fashion hard, honest work and determination.